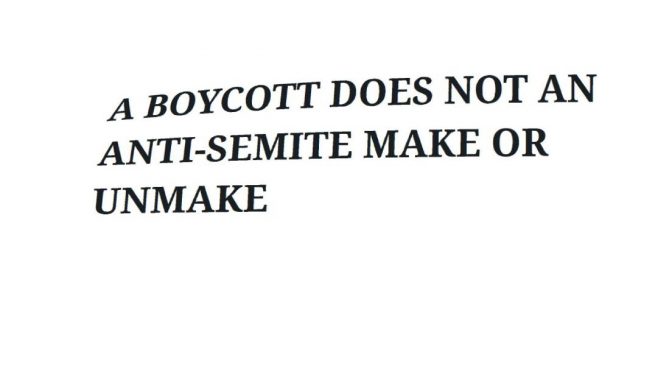 We want to begin this statement by asserting that Gulf Labor Coalition (GLC) categorically refuses and resists all forms of racism and discrimination, including anti-Semitism and condemns the recent attacks on synagogues in New Zealand, the US and in Germany.

We feel compelled to write this statement in response to recent attempts to criminalize and label as anti-Semitic, the Boycott, Divestment, and Sanctions (BDS) movement and in light of the recent attempt by the German city of Aachen, to pressure the Ludwig Museum into withdrawing the Art Prize Aachen to Lebanese artist Walid Raad.

Raad, who is one of the members of GLC steering committee, is not an isolated case. The German parliament’s adoption of a non-binding resolution to condemn the BDS movement in May 2019, along with similar steps taken in France and the UK, has grave and far reaching consequences. It sends a clear statement that the rights of Palestinians in the face of well documented systemic and daily abuse by Israeli governments is of no moral concern for Germany, and that anyone who expresses support for Palestinian rights is considered an anti-Semite. The director of Berlin’s Jewish Museum Peter Schäfer, was forced to resign for sharing an article about a letter signed by 240 Israeli and Jewish scholars, condemning the Bundestag proposition on the grounds that it undermines the fight against real anti-Semitism.

More recently the city of Dortmund withdrew its award of the Nelly Sachs Prize for British-Pakistani author Kamila Shamsie over her support for BDS, even though the award citation recognized that her writing  “builds bridges between societies.” Other artists recently punished and banned for their support of BDS include Talib Kweli, Young Fathers, and Khaled Barakat. The interior minister of Berlin, Andreas Geisel, has publicly stated that he would take action to hunt supporters of the BDS, to raise “alarm bells” before the fire spreads. In parallel, the US Federal Government is “investigating” all Middle East Studies departments at American Universities. Efforts to criminalize BDS in all of the EU are underway in Brussels, and separate efforts are ongoing in France.

As members of Gulf Labor Coalition, we have been involved in a protracted struggle for the rights of migrant workers in the construction of the Guggenheim Museum and other cultural entities on Saadiyat island, Abu Dhabi, in the United Arab Emirates. When we confronted intransigence on the part of the museum and UAE authorities, we called for  a Cultural Boycott as a peaceful means of calling attention to an urgent concern and resistance. As much as we are familiar with the tactic of cultural boycott, we are also familiar with tactics to discredit it.

Boycott, Divestment, Sanctions (BDS) is a Palestinian-led movement for freedom, justice and equality. BDS upholds the simple principle that Palestinians are entitled to the same rights as the rest of humanity. Inspired by the South African anti-apartheid movement, the BDS call urges action to end international support for Israel’s oppression of Palestinians and pressure Israel to comply with international law. The BDS commitment to nonviolence is reflected in Israel’s leading newspaper Haaretz, which published Hanan Ashrawi’s op-ed “Boycott Is Our Palestinian Non-violent Resistance.”

No one participating in the boycott, divestment and sanctions movement against the systematic injustices perpetrated by the South African government in the time of apartheid could be accused of being anti-white; only those who sought to deligitimize that struggle would take such a position. Similarly, any entity who determines that the treatment of Palestinians under the authority of the state of Israel to be unjust, cannot be labeled anti-Semitic. Actions under the BDS movement are not directed toward the Jewish faith or the Jewish people. They are explicitly aimed against a government and its military that carries out systematic human rights violations against the Palestinian people. Those who attempt to stigmatize this ethical position by brandishing the false label of ‘anti-Semitism’ deliberately obfuscate and misrepresent the intentions of those who take part in the boycott, diverting focus from the demands of those boycotting and from actual incidents of anti-Semitism, such as mass shooting by white neo-nazi gunmen at synagogues in America– Pittsburgh (2018), Los Angeles (2018), and Poway (2019) and just this week in Germany in Halle (2019).

Boycott is a strategy which consists in withdrawing one’s engagement with, support of and participation in an entity or enterprise one has a grievance towards. It is usually conducted on a collective basis and is called on by an individual, a group or association, when all other paths to address a problem, or hold an entity accountable for ongoing injustice have failed to yield change.

Historically some of the most effective and peaceful means of resistance have been withdrawal, non-engagement, non-participation. In the realm of labor or corporate relations, this is referred to as a strike. When a strike is socialized to a level of a people, we know it as a general strike. Similar to the ontological matrix of a strike, the boycott assembles a collection of individuals who were previously isolated from power. A counter power is created to the dominant one..

Gulf Labor Coalition offers an example of boycott in the cultural realm. The coalition came together to address the conditions and welfare of workers who would be building the Guggenheim Museum in Abu Dhabi. Members of GLC felt that they could as artists collect signatures from other artists who shared this concern, approach the museum’s administrators, express its wishes for securing the welfare of the museum’s workers and find a solution together. GLC concluded that the conversations with the museum were not having the desired effect and therefore called for a Boycott of sales and participation with the museum until they would meet the demands. GLC has never stopped seeking new avenues for negotiation and finding resolution, but the boycott was one means for GLC to withdraw support or consent until the demands are met.

Certainly, some attempted to tarnish GLC by claiming that it has some agenda against the Guggenheim, when in fact from GLC’s perspective what was asked of the museum could only be in their best long-term interests. After all, who could respect a museum built on the backs of exploited and ill-treated workers? We were highly sensitive that our boycott not embolden those with anti-Arab or anti-Muslim agendas or perpetuate racist stereotypes. One could imagine in a similar vein that the boycott could be labelled by those who resist the changes we have advocated for as anti-Arab or having an  anti-UAE agenda when if the GLC remedies would be heeded, they could only put the UAE on the very path of nourishment and respect for the culture it has been espousing and invested heavily in.

Just as groups and individuals debated the merits of various political tactics throughout history, we can and should openly debate approaches to effecting change today. We know that boycotts, like strikes, can be difficult processes: they draw a line and clearly identify sides to be taken. As with individual  experiences, sometimes, you may find a friend taking the opposite side. Paradoxically, you may also find people on your side whose views you do not agree with, or find reprehensible. Regardless of how meticulously you clarify your views, there are no guarantees that your ethical position will not be appropriated by other agendas. We can only do the work to repeatedly call out such appropriations and stay vigilant against it. Thus, while there is no way to fully prevent someone with an anti-Semitic agenda from supporting BDS, the boycott itself does not an anti-Semite make or unmake. Nor does unconditional support for Israel exempt one from having anti-Semitic and racist attitudes. This is true both historically as well as within our contemporary politics, when some of the most xenophobic and racist politicians also claim to be defenders of the Israeli state.

Those who boycott exercise a critical democratic form of political resistance. Possessing no power or authority over a situation, they collectivize their capacity to withdraw their cooperation, participation and engagement. They take this action in solidarity with those yet more precarious – people who have been invisiblized or whose voices often remain unheard.

There is today a very dangerous trend to enact laws which silence dissent and critique of state conduct. We write this letter to urge all cultural workers to strongly refuse such concerted attempts to stifle critique, or collective action, against any abusive state or unjust entity.