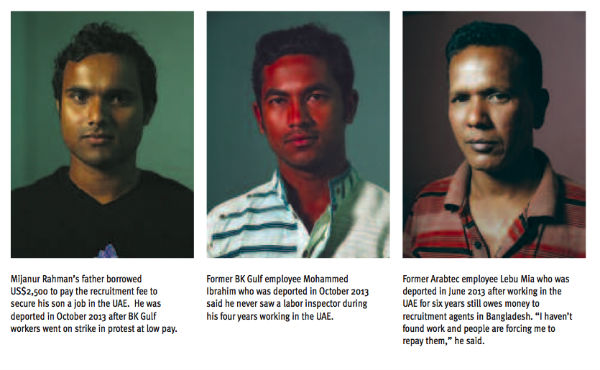 —a scathing 89-page report from Human Rights Watch focusing on continued abuses, based on phone and in-person interviews with 119 workers, including both workers still in the UAE, and workers who had been deported;

—a response to the report by Human Rights Watch from TDIC, dismissing it for being “outdated and based on unknown methodologies” and using “anecdotal examples” as opposed to the official monitor’s more rigorous findings; and

—a public statement from Gulf Labor, a group including a variety of prominent international artists who have threatened to boycott the future museum due to the exploitation of the workers (it did its own fact-finding visit to Saadiyat Island last March), accusing TDIC and the museums involved of treating ongoing abuses as little more than a “public relations problem.”

So, what’s really going on on Saadiyat Island? Who is to be trusted? The PwC and HRC reports are dense, but combing through them in detail and comparing them actually tells us a lot about what we know—and what we still don’t know—about these questions.