On April 17, 2016, the Director of the Guggenheim Museum Richard Armstrong, announced breaking off negotiations with Gulf Labor a coalition of artists, writers, and scholars who for six years have worked to draw attention to the conditions under which the future Guggenheim Abu Dhabi will be built. END_OF_DOCUMENT_TOKEN_TO_BE_REPLACED

Art Fag City: “We have now received leaked email correspondence between the Guggenheim and Molly Crabapple while she was working on this story. These emails reveal a shocking unwillingness to provide any statement to journalists who [Guggenheim] speculate[s] might be involved in any pro-worker activist efforts, such as Gulf Labor. “

END_OF_DOCUMENT_TOKEN_TO_BE_REPLACED 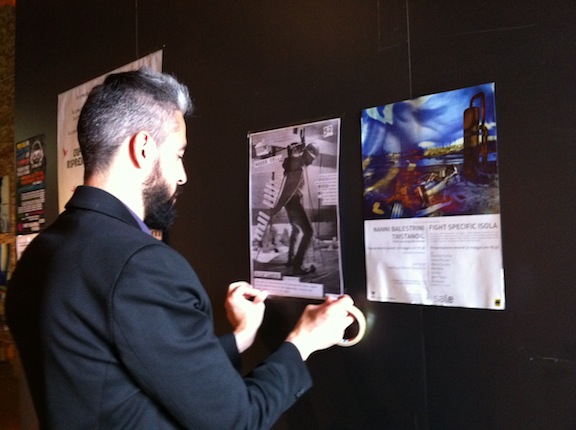 In April, Triple Canopy organized a forum called Critical Language, during which a group of artists, writers, curators, arts administrators, and other cultural workers discussed the “political implications and uses” of specialized language in the art world. The forum itself was inspired by the specific thread of that debate tweaked by Mostafa Heddaya’s March 2013 Hyperallergic article “When Artspeak Masks Oppression,” which analyzed the language deployed by the Guggenheim Abu Dhabi project and its representatives, and the subsequent response by Guggenheim director Richard Armstrong, also published by Hyperallergic. END_OF_DOCUMENT_TOKEN_TO_BE_REPLACED

It has been Gulf Labor‘s position since its inception that the disregard of worker rights is a global phenomenon which requires resistance wherever it emerges, and wherever one is able to act. We have stated that this disregard for the safety, social conditions, and rights of workers is a problem not unique to Saadiyat Island in the United Arab Emirates. END_OF_DOCUMENT_TOKEN_TO_BE_REPLACED