The Guggenheim Foundation has repeatedly claimed, and insisted to the press that  “Construction on the Guggenheim Abu Dhabi has not yet begun.”

This statement deflects questions about existing worker’s conditions on Saadiyat Island, and offers instead vague responses about “steps being taken in advance” to better these conditions. It is never concretely and in detail stated what these steps are, and how they address the well-documented issues with workers welfare that every report, including our own and others have found.

As a response to the by-now oft-repeated claim that “construction on the Guggenheim Abu Dhabi has not yet begun” Gulf Labor proposes that the Guggenheim Foundation acknowledge the following activities that involve workers on Saadiyat Island, and that we cannot but consider part of the museum being built:

a. Someone must have built the giant plinth several hundred metres at each side that suddenly leapt from the sea in 2009, which is sized precisely for the Guggenheim building?
b. Some workers must have been involved in the hundreds (1400) of reinforced concrete piles that were placed in precise alignment with a complex building footprint as is visible in satellite images? Did these workers suffer harsh conditions? Probably.
c. What about workers who in early 2015 were building the entry ramps and underpass from where visitors and artworks would enter the Guggenheim building? Are they outside the Guggenheim’s area of concern?
d. Throughout Saadiyat Island, infrastructure projects such as cooling plants, electrical lines, drainage systems and roads are being built, surely they will directly service the Guggenheim building? 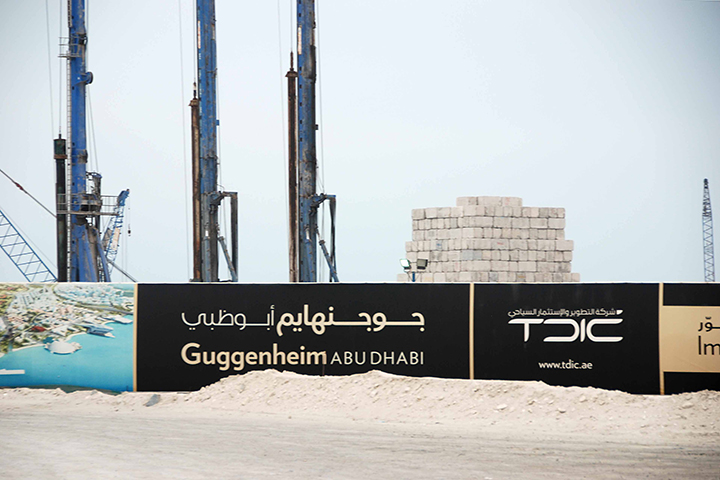 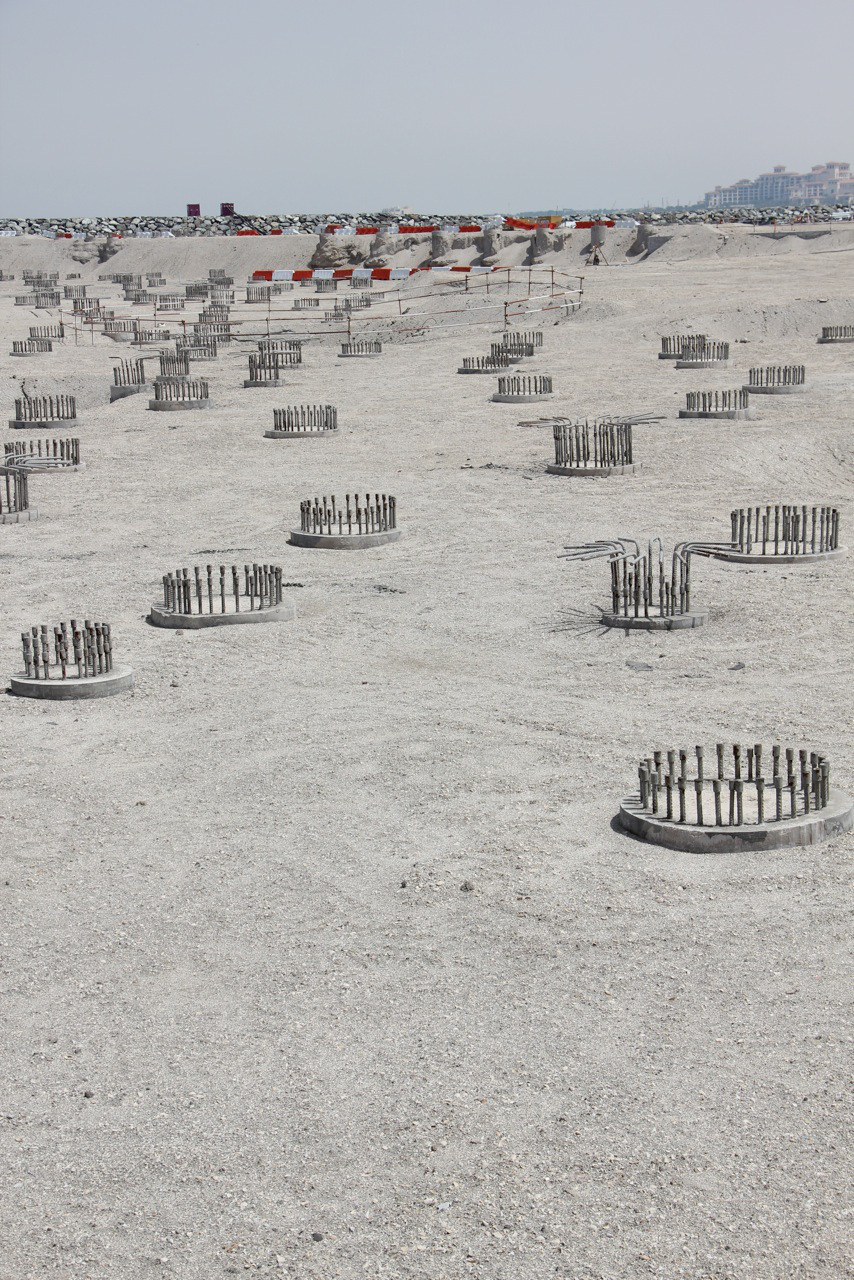 e. If the tenders for construction of the main structure have gone out as was widely reported, what changes were made in these documents from other Saadiyat Island projects, to ensure that workers abuse did not continue as usual?  This is a crucial point of intervention at which the Guggenheim and TDIC could have announced changes in hiring procedure, debt repayment, wage improvement and many other possibilities for how workers would be treated on the site. But no such announcements have come.

It seems absurd for the Guggenheim Foundation to keep making the claim that the museum is not being built, unless it is to delay the urgent concerns around workers welfare right upto the point where they can say (as the NYU Abu Dhabi did): Oh, now its already done.